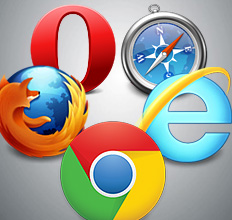 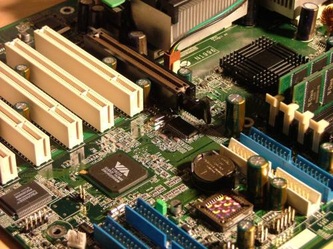 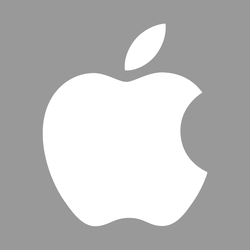 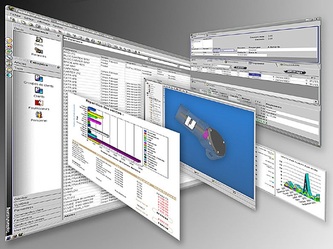 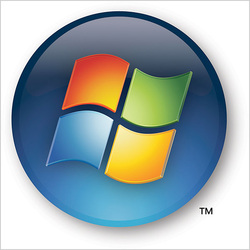 Computer hardware is not like computer software.  Software is interchangeable with other computers and can be deleted or moved.  Hardware is a part of the computer that can be common from computer to computer.  However, let it also be known that there also types of hardware that varies from computer to computer.Every computer has a motherboard.  This is what makes all of the components of the computer run.  This is an unchangeable aspect to a computer.  A computer system will not function without a motherboard.  Another piece of hardware that you need for a functioning computer is the CPU or Central Processing Unit.  This is considered the brains of the operation.  Without this component you have a useless computer.  It tells every other piece of hardware what to do and when to do it.The keyboard is used to input information or commands into the computer.  You give the CPU a command and it follows what you asked it to do when you type it into a keyboard.  Keyboards come in different sizes and styles with the letters situated in the same position on every keyboard.  This is called a QWERTY keyboard, so named for the first six letters of the keyboard.Monitors have evolved from small boxy shapes to large flat screens available in any size.  The monitor is used to display the information that comes from the CPU and also what you are typing.  Without this essential piece of hardware you will not be able to see what the CPU is sending to the monitor.  Used alongside the monitor is the mouse.  The mouse is used as basically a pointer.  When there is something on your monitor that you need to select you can do so with the mouse.  Laptops use a touchpad system in the same way.A printer is a piece of hardware that is part of the computer, but you do not need this hardware for the computer to function.  Printers are used to publish paper copies of the information that is on your monitor. 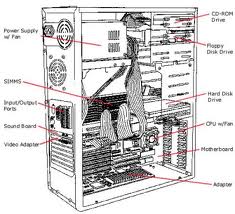